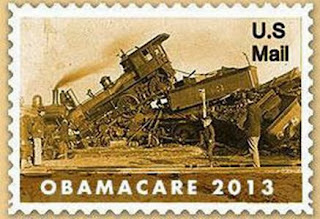 a while back, on a Saturday.  I didn't know the fellow, but, I'm friends with his second cousin.  Bud was the 'contact' for the Air Force.  I assume this hero's mom had made that decision as she got older and knew her passing was coming, his dad had already passed.   He was only married 11 months, no children, young widow would probably remarry.  Her son was an only child, had five first cousins, all older.  She was making sure he would come 'home'.
You see, he was shot down in 1968, on a mission over Viet Nam.  Just him, who was the navigator, and the pilot.  Others, in the formation, saw the plane get hit, no parachutes deployed.  After the war, searches were conducted, but there were unexploded ordinances found, which impeded the searches.  Every year, on the anniversary, the Air Force would contact his widow to update her on the results.  She had remarried, had children, grandchildren, moved across the country.  But, each year she was reminded of losing him.  This year, was different.  They had found him, but, not the pilot.  The conjecture is that the pilot was shot out of the plane.  He left a wife and five children.  She never remarried.
So, this hero was brought back from Hawaii to Philadelphia to the funeral home that has buried all of the family for decades.  I went, just to honor the man I never knew.
The town police wouldn't let me up the street where the funeral home is.  So, I politely asked him where I could park.  He asked if I was family, I said, "No, I just want to honor the man.  How about if I park on Oak street?"  He said that would work.  I went around the block and pulled up, parked, got out with Archie.  Turned the corner and looked down the street.  Motorcycles were parked on the entire block.  Must've been 100 at least.  Two Viet Nam veteran clubs were standing in front of the funeral home, all holding the Stars and Stripes.  Two PA state troopers, 5 county sheriffs on cycles and, the town cops were all standing around.  A lot of people were standing on the street where the day before, someone had put flags in the ground the entire length.  Got a lump in my throat the size of a football.  I then noticed this pretty, petite lady come out of the funeral home, shake hands with a couple of the veterans and walk over to the house next door where the rest of the vets had went.  It was getting close to bringing out the casket to the hearse, so, people were gearing up for the ride to Philadelphia where he was to be buried next to his parents.  She was immediately surrounded by the group.  Spoke to all, they clapped, she said some more, they clapped.  There was a connection.  They understood, she understood.  Very moving.  I only took one picture, but, it was the one that summed it up for me. 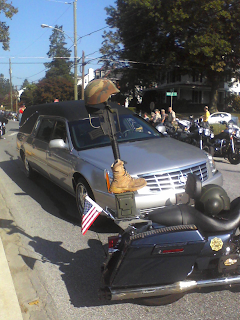 but, I have been sorta busy.  Last week, took Archie in on Monday for teeth cleaning, she pulled four.....$455.  Next day, took Elijah, my 29lb cat, in for teeth cleaning 'cause he also had the zacklies.  (Don't know what the zacklies are, do you.)  His mouth smelled zackly like his butt.  Anyhow, he had one rotten tooth, which is why he lost 4lbs and his breath stank.  She cleaned his teeth and pulled the rotten one.....$430.  This past Monday, took Coco and Daisy for their shots and check up.....$125.  Can't believe I've had these dogs two years.  All is well with them except they've both gained a couple of pounds.  I had switched them to Blue Buffalo and come to find out, it has a higher fat content.  It is good food and so is Versus, so, I switched them back.  We'll see in a couple of months.  Later, on Monday, took Archie for his bath and hair cut.....$50.  Then it turned freaking cold, now he wears a sweater 'cause Dad is worried he's going to get pneumonia.  Yesterday, took MoMo for his shots and check up, Dad's cat, he paid.....$108.  My vet is going to be building a hospital up the road from her current one.  This is a good story.............She is the oldest of three children, with two younger brothers.  About 10 years younger than me.  Neat lady.  Her family is heavy into farming, always has been.  She currently lives on the farm her paternal grandparents had, but, it belongs to her brother.  But, he and his wife and children live in a tenet house on his wife's parents farm.  Her other brother and his wife and kids live in another tenet house, but have the rights to his parents farm.  Now, you might think my vet is out in the cold, not a chance.  She inherited a beautiful, Victorian brick house from her eccentric cousin, many years ago.  He never took care of anything, even tho he had the money.  The house got so bad, he lived in his car.  Anyhow, she told me a few years back she'll have $500,000.00 in the place by the time she is done.  She put her hospital in the basement, she plans on ripping all of that out, living in the house after building the hospital up the road.  I asked her yesterday if she was putting in a 'Sharon' wing.  She laughed.   These animals are my responsibility and I will take care of them.  Even if I can't afford to buy food for me.

Raining today, and, I guess tomorrow and Saturday too.  Archie won't be going to breakfast on Friday if this keeps up.  Poor guy, I haven't told him yet.  Gotta go, scraped up enough cash to go to the grocery store.